I’ve often been asked why user testing is so important. It’s an activity that is embedded in our process at VoxGen. In this post I explain why…

What is IVR user testing?

IVR User testing is the process of observing representative users conducting tasks using the product or IVR service you have designed.

Typically this involves 6-10 users (sometimes more depending on the target user groups) and is based on a mock up or prototype before development. Ideally this is an iterative process to understand and address usability issues and re-evaluation to make sure usability issues have been addressed.

IVR users are asked to carry out tasks using the product or service and interviewed on their experience. The observation is just as important, if not more so, than the interview. Often what users say and what they do are two very different things. The job of the researcher is to delve into the experience the IVR user has had through post-task questions to understand why they may have experienced usability issues and the impact these issues have on IVR user experience (UX).

Why do IVR user testing?

Here are the 5 top things I’ve learnt over the last 15 years of conducting user testing:

Imagine a scenario where you’ve developed a new app, IVR or website. It’s released into the wild for all your customers to see and use. But after a day of monitoring performance and feedback it becomes clear that all is not well. Customers are struggling to find the information they need from your website or app, or are going round in loops trying to navigate your IVR. They’re not happy about it and are expressing their views via your Facebook page and Twitter feed. This negative feedback becomes public knowledge and brand perception takes a big hit. If user testing had been conducted prior to release, these usability issues could have been identified and addressed before release, resulting in much positive feedback from customers.

One of the biggest questions I often get from new clients is ‘why should I spend money on IVR user testing’. Let’s go back to the scenario above. So you’ve identified that your customers are experiencing usability problems with your product or service. Now you have to fix them. This means spending money (which you may not have now the project has been delivered) on user testing, redesign, redevelopment, further QA, UAT etc. If user testing had been conducted prior to development, time and money would have been saved through identifying and addressing usability issues before development had started. No costly rework, redevelopment, QA or UAT needed.

If customers can’t find the new phone they want to buy from your website, or are going round in circles trying to make a payment in your IVR, the likelihood of abandoning their task or making a mental note to not use the service again is high. And off they go to your competitor who has a more usable website or IVR, resulting in lower revenue and higher customer churn.

We’ve seen from the scenario above how user testing can save money, but user testing can also help make money. Evaluating and optimising the usability of tasks like bill payments, online purchasing, insurance quotes leads to greater task completion and user satisfaction and lower payment and search abandonments. This directly affects sales, loyalty and churn resulting is benefits to both you and your customers

4. The unpredictability of IVR user behaviour

I guess what I actually mean is that the one thing you can predict is the unpredictability of user behaviour! It never fails to amaze me how much we learn from user testing. Even with extensive context gathering to determine user needs and expectations, you’ll never truly know how a user will interact with your product or service, or what they think about it, without user testing.

This was highlighted during recent IVR user testing conducted for a telco based in the Bahamas. Context gathering was completed and early designs pulled together and evaluated. At the start of the research we weren’t expecting too many significant issues. How wrong we were! It was soon clear that there were real differences in the way users thought about and referred to ‘internet’ and ‘data’ that wasn’t supported by the IVR design. Something that we wouldn’t have uncovered without user testing. Luckily this was identified early on and could be addressed quickly and cheaply before any coding had started.

You’ll also learn a lot from body language and facial expressions when observing IVR user behaviour. That frown or raise of the eyebrows can help pinpoint areas of poor usability and high cognitive load.

5. IVR user testing is one part of the user-centred design process

IVR user testing is great for evaluating designs in a controlled environment, but there will always be external variables that will affect user behaviour and usability in the real world. So user testing really is part of the picture, and shouldn’t stop when a product has been developed. User surveys, interviews, and ongoing user research should be carried out to ensure UX is an ongoing focus and UX optimised.

So whether you’re designing an app, IVR, website or other product or service, user testing should be a ‘must have’ step in your process. We’ve all had experiences of poor usability and the impact that has. Don’t let that happen to your products and services! 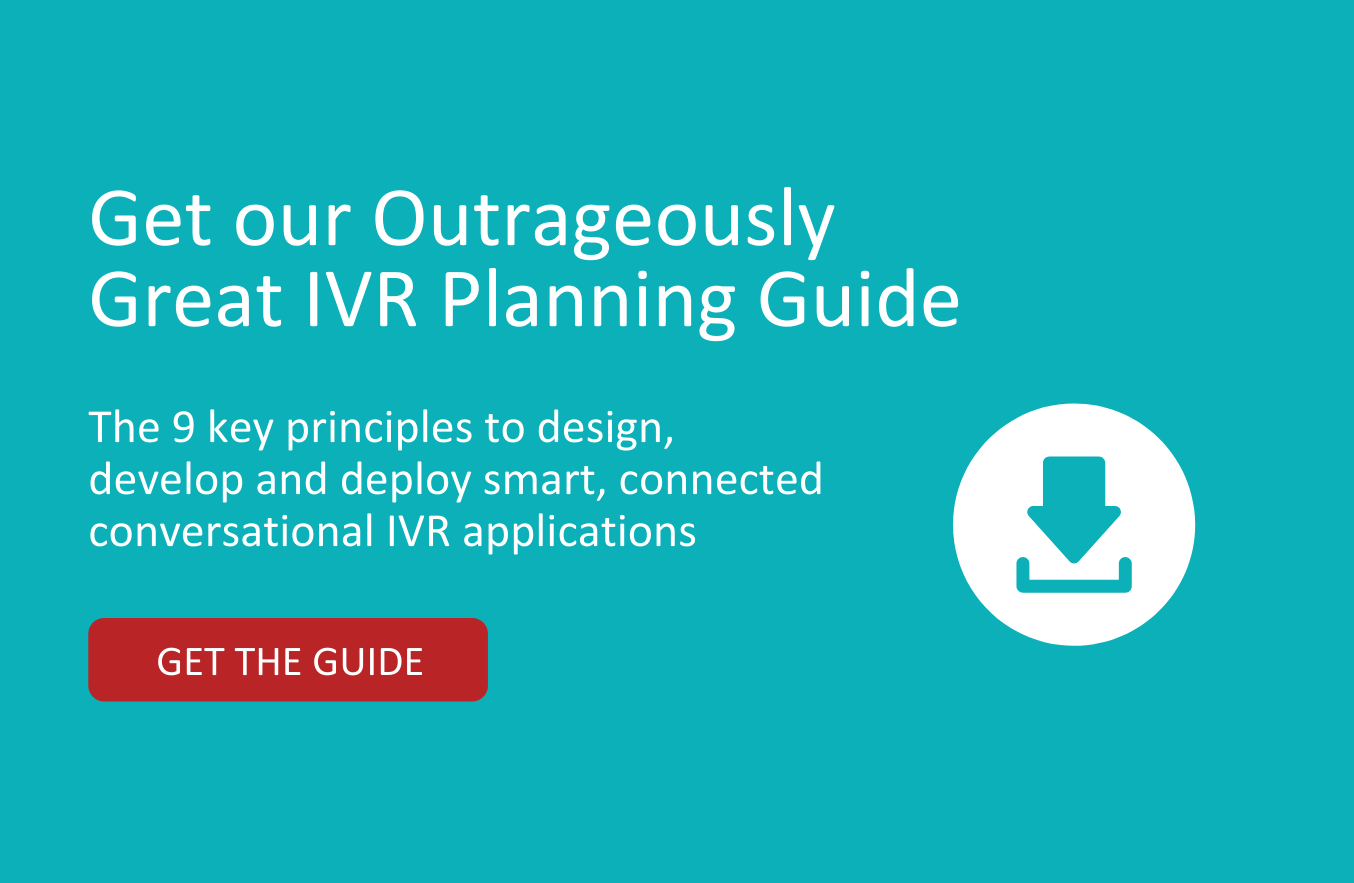